An Apology To Brad Keselowski 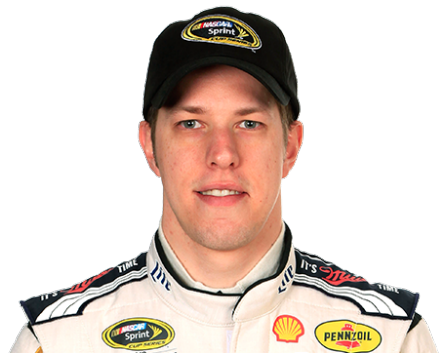 When Brad Keselowski took the checkered flag in Las Vegas Sunday and after winning The Nationwide race as well that previous Saturday, he seemed very emotional. He appeared, in fact, too emotional for my liking, actually. I don’t take to crying in Victory Lane unless you have won Daytona for the first time or you just won a Championship. There have been exceptions, though. When Kevin Harvick won at Atlanta after Dale Earnhardt, Sr.'s death, no one had a dry eye there, and no one should have. However, watching Brad Keselowski appear to be wiping tears from his eyes on Sunday puzzled me.

When Keselowski hopped out of his car Sunday, he immediately looked to be overcome with emotion and crying. I couldn’t understand. Why?  I did the worst thing anyone could do. I assumed. You all know what that means. It made an ass out of me.

I recently found out the emotions were not because he had won both races, but instead because a very important person he knew had passed away and those wins were for William Clay Ford, Sr. This was Keselowski’s quote:

“It was kind of a sad day for Ford with the loss of William Clay. That's a big deal where I'm from in Detroit,” he said. “Our thoughts and prayers are with his family.”

Once I read this, I felt like an idiot. I made a big deal of Keselowski's tears on my radio show, Bump ‘n Run.  I assumed he was crying because he won those races. We discussed how winning some races and situations could bring about tears, and not knowing the whole story, we couldn’t come up with a reason.

Now that I know the truth, I owe Brad Keselowski and the Ford Family a huge apology.  I hope they accept and understand that I have learned a huge lesson.  Sometimes the answers to my questions are right there in black and white and I was just too damned lazy to look for them.